Record prolonged Heat and no rain

It is a testament to a gardens maturity and the plant selection within it, as much to the gardeners that "The Shambles" remain lush and full of flowers in spite of very testing conditions.
In 2016/ early 2017 there has a been a succession of heat waves and a failure of the pattern of summer storms or any monsoon. Tanks are dry and no break has been forecast as of early February. 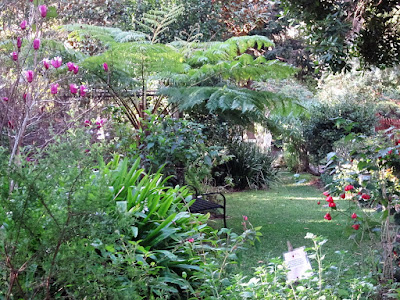 We have taken advantage of this time to organize extension of our paved asphalt paths to connect all the way around the house, through the South Rose garden and the eastern border Gardens. Also to connect down the western edge of the lawns, along the fringe of the treed areas, through the previous fenced rose gardens to the North West Corner gardens to the Plough Inn. 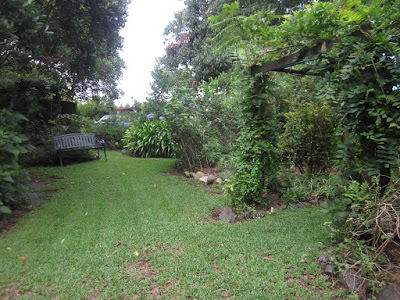 Kyleigh has built a path along the side of the coral fountain. 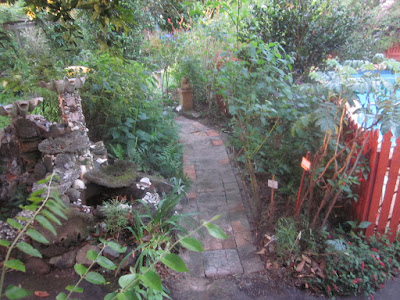 Hopefully rain will come and restore our normal expected wet summer before it finishes. 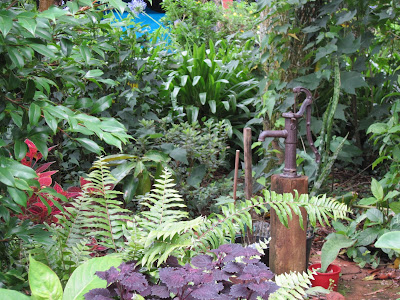 Michael Simpson        The Shambles
Posted by "The Shambles" Montville garden at 5:24 PM