The newly paved paths around the old house and north to the Plough Inn are finished and after a record hot, dry february a little rain and some showers have encouraged some transplanting, planting from our own stock and buying new plants. 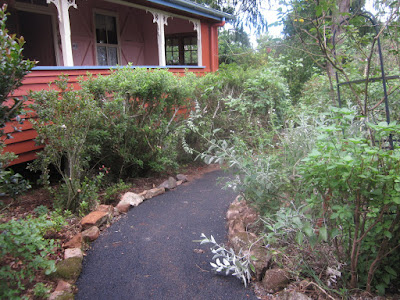 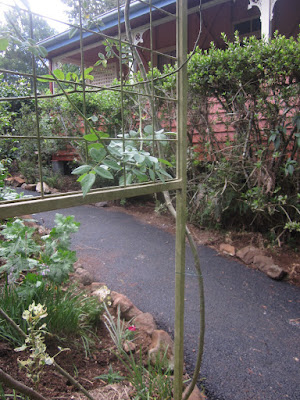 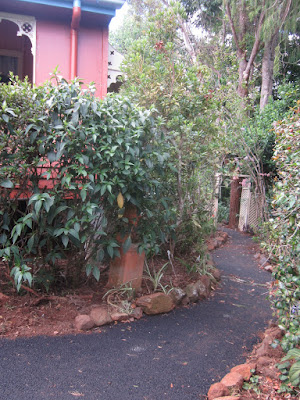 New paths  South East Corner, East border garden
Strobilanthus dyerianus  (Persian shield) Soft stemmed shrub with thick, quilted purple leaves to 6 inches long splashed with iridescent pewter or silver. In autumn, it bears delicate funnel-shaped violet flowers in an eye-catching spike formation
Scutellaria costaricana  (Scarlet skullcap) Tender perennial native to Costa Rica, where it grows in the mountain forests at elevations as high as 2,000 m (6,500 ft). It is grown as a house plant for its orange- red flowers which are borne in rich terminal clusters. It is a member of the mint family
Transplanted to path edges Chlorophytum comosum, (Variegated spider plant syn. airplane plant, St. Bernard's lily, spider ivy, ribbon plant, hen and chickens) is a flowering perennial herb. It is native to tropical and southern Africa, but has become naturalized in other parts of the world, including Australia 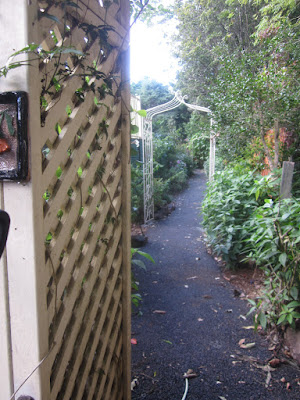 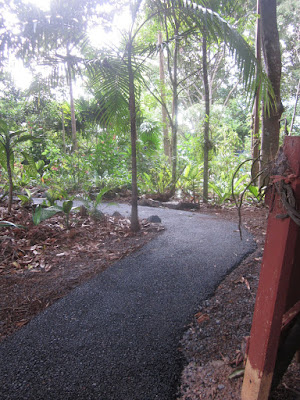 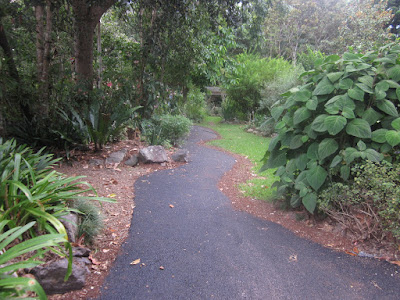 Gerbera hybrida  is a garden hybrid from the genus of plants Asteraceae (daisy family). It was named in honour of German botanist and medical doctor Traugott Gerber (1710-1743) who travelled extensively in Russia and was a friend of Carl Linnaeus. Gerbera is native to tropical regions of South America, Africa and Asia. The first scientific description of a Gerbera was made by J.D. Hooker in Curtis's Botanical Magazine in 1889 when he described Gerbera jamesonii, a South African species also known as Transvaal daisy or Barberton Daisy. Gerbera is also commonly known as the African Daisy. The domesticated cultivars are mostly a result of a cross between Gerbera jamesonii and another South African species Gerbera viridifolia. The cross is known as Gerbera hybrida. Thousands of cultivars exist.             Front Path garden Gift from LeighAnne Lawrence 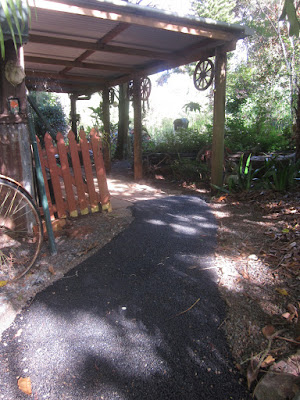 Posted by "The Shambles" Montville garden at 2:45 PM