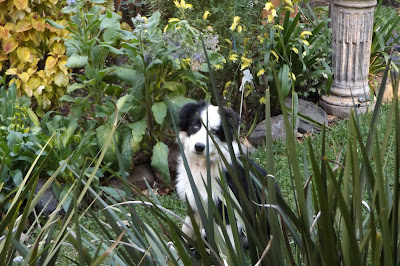 OPEN GARDENS  ” SPRING TIME IN MONTVILLE”
WE ARE OPENING “THE SHAMBLES”   85 Western Avenue
&     “WONGAWILLI”  19 Manley Drive (Off Western Avenue)
Sat and Sun   1st and 2nd  OCTOBER   2016
Hours   9 30am to 4 pm,    Admission $6  to each garden
Proceeds from  “The Shambles” to benefit the Cittamani Hospice  Sunshine Coast.  Proceeds from “Wongawilli to Fiji reconstruction post Cyclone Winstone.
http://www.queensland.com/en-AU/event/open-gardens-springtime-in-montville
http://www.montvillegarden.com
and                   http://www.facebook.com/montvillegarden 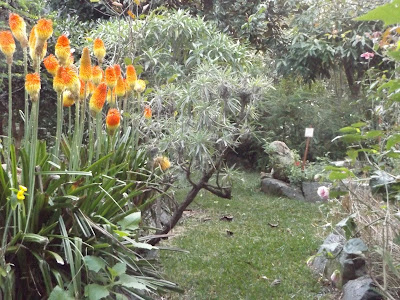 Posted by "The Shambles" Montville garden at 12:26 AM No comments: 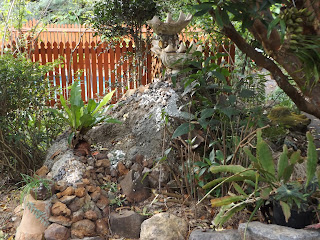 The List
Job this week -- Improve Coral fountain thingy
This actually looks a bit better in real life in my opinion . Anyway there is always something changing at the Shambles and unfinished things sometimes get finished. This isn't finished yet as I have run out of shells and coral . In fact I have broken up heaps of terracotta pots and picked up the odd stone or twenty on walks to cover the thing.
It is looking lumpen and for a while had the look of one of the Glasshouse Mountains but give it time...
Anyway as I was explaining to our son John the other day while we were attempting to build a shelf for Michael's piano-"never let the fact that you don't know how to do something stop you from giving it a go" wise words or misguided but any way we did muddle through and produce a piano stand but by Michael's face it wasn't what he had imagined. Things never are!
The fact is that John and I were mid way through the construction me with the electric drill and John with the jig saw when the power went out. Typical Montville! ( It only has to be windy or rainy and we are running for the candles and filling buckets- Michael and I now have head lights to wear in black outs.)  Anyway we stood around for a while holding the tools waiting for it to come back on but we eventually had to put them down. 9 Hours later!!!! it came back on and frankly I couldn't have cared less about the bloody piano stand. The moment had gone and has yet to return.Michael is muttering that it isn't finished and how he wants it decorated . I told him it's on the list.   Kyleigh
Posted by "The Shambles" Montville garden at 9:36 PM No comments: 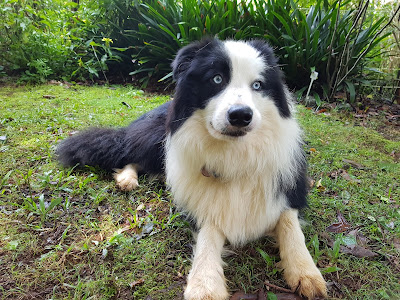 Sat and Sun   1st and 2nd  OCTOBER   2016
Hours   9 30am to 4 pm,    Admission $6  to each garden
Proceeds from  "The Shambles" to benefit the Cittamani Hospice  Sunshine Coast.  Proceeds from "Wongawilli” to benefit charity
Refreshmens available
Posted by "The Shambles" Montville garden at 4:00 AM No comments: