New roses , a visit with HRIA to "Rosevale" at Samsonvale

Roses added to the garden (from Leonie Kearney)

Visited Leonie Kearney with ‘Heritage Roses in Australia’ Queensland group at ‘Rosevale’ at Samsonvale where Leonie has a large garden and propagates and sells roses from cutting and collects  seedling roses. She has many other plants in her collection.] 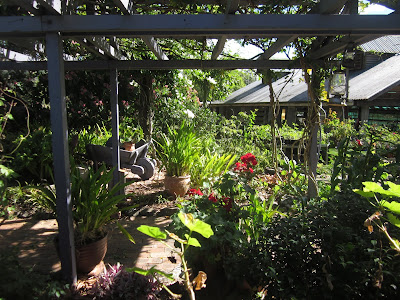 “Lionel’s Double Pink China” A seedling, ours a cutting from the original from Woodford.  with Double pink scented blooms resembling the Tea rose Comtesse de Labarthe except that blooms are held upright without the Tea rose “weak neck”. 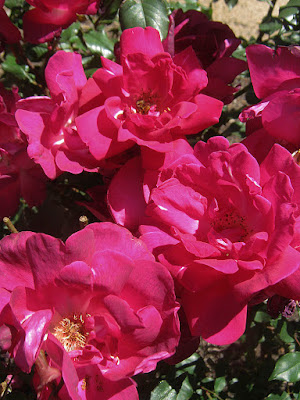 Papillon Tea rose, medium sized semi double blooms that start from pointed buds opening to a melody of pink tones being richer pink petals in the middle having a yellow base fading to creamy pink to white on the outer petals. 1881 Gilbert Nabonnand

Tea Rose One of our many cuttings grown roses. The flower looked white but it is probably a washed out Comtesse de Labarthe


Many of our cuttings grown perennials and srub which were overcrowding he propagation are were planted out, waiting for rain.
Posted by "The Shambles" Montville garden at 12:28 AM