Open garden Approaches but we are still adding new plants.

Our next Open garden and the last with the soon to be defunct Open Gardens Australia Programme is on 25th and 26th April, the ANZAC weekend. from 10am til 4 30pm, both days.
A new verandah on the eastern side of the house is all but finished along with necessary house repairs.
New planting positions have been opened up and some of our choices are "brave " to say the least. 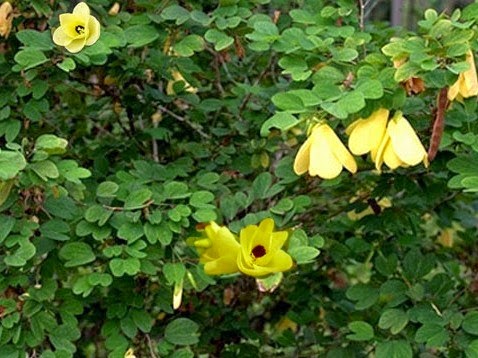 Luculia “White Frill”   Leaves similar to L. gratissima. Flowers large and pure white, pink in bud, heavily scented, in early June. Very dainty, pretty new form. Yamina rare plants introduction. Luculia dont like us, but we live in hope . It will be planted in a sheltered position below the new verandah.

Kalmia latifolia is an unusual shrub which is native to eastern North America. It is a beautiful shrub with interesting flowers that is suitable in the cooler regions of Australia. Must be kept moist, acid soils partial shade, which are all available below our new verandah. This is probably a fool hardy attempt and like Daphne, Kalmias are probably too ambitious for our climate.

Wrightia religiosa, Echites religiosa  Shrub to 3 meters, small pendant and fragrant white flowers. The genus was named for William Wright (1735-1819), Scottish physician and botanist, by Robert Brown and  first described as a genus in 1810       Thailand, Vietnam.  This is establishing well on our Eastern border garden.

Bauhinia tomentosa Medium to large shrub to a small tree, up to 4m in height. Leaves are divided into two lobes, light green in colour, with a leathery texture, carried on branches that are often drooping. It produces large bell-shaped, bright yellow flowers with a black to deep maroon coloured centre from December to March. The fruit are pea like, slender and velvety. They are light green, turning a pale brown with age and are produced from January to June or even later. Bark is grey or brown. Yellow Bauhinia is native to tropical Africa and can be found as far as India and Sri Lanka. This is far more likely to be rewarding as we saw a very healthy specimen at "Trafalgar House" Buderim.

We replaced Rondoletia amoena  our 4th attempt to grow this old fashioned and usually tolerant shrub. Wish us luck.

Pray for rain, but not during the open garden
Michael Simpson
Posted by "The Shambles" Montville garden at 7:01 PM