Our daughter,Christina and her family live in Brisbane on a suburban bock with fairly tragic soil.  A previous owner in their ignorance filled the yard with rubble and covered it with black plasticated weed mat . It is a bugger to get out and has caused plants to remain stunted as they die from lack of moisture and retarded roots. Muscular beaver arms required to do this job!
After some renovations (a large front verandah) to the house it is time to concentrate on the gardens and Michael and I are doing this as a Christmas gift for them. Having grown up in Montville our daughter is not afraid of working in the garden but she is a bit tied down with three children aged from 4 years to 6 months.
Christina wants her garden to have blues ,purples,pinks and white and for it to be quite soft in appearance.She wants plenty of variety and to create places in the garden that are inviting.
With that to go on( no pressure)  we started by planting Royal Cape Plumbago on the front fence soon after they bought the property. These will remain as will other plants that have been holding on during the drought. One  new path will be paved and the shapes of the gardens changed. There will be no hard landscaped edges as I will do a spade edge for the time being to see if I like the shapes. Out in our plant nursery I have been potting up plants from the garden and will probably only need to buy a few larger shrubs but none of this planting will be done until the beds are built up with animal manures, compost etc. These can sit until we start getting some more regular rain.
It might seem like a slow progress but I think that by following the over planting method we will be able to see some results in just a few months. Some people might think that starting a garden is an extra expense and can be done much later after the house is built or renovated. My feeling is that trees need to be planted as soon as possible as shade is essential in Brisbane gardens. In this garden the trees are already shading the back of the house from the western sun and giving a leafy view to upper storey windows. There is no need to embark on a costly plan of path  paving and building  gardens as it is preferable to do soft landscaping with spade edges or easily moved rocks so you can have some flexibility with your design. In my opinion the building of hard landscaping around a home is akin to treating plants as colouring in between the lines. I never wanted to colour inside the lines and would not want to be locked in to a restricted garden design.As a first step with creating shapes just use the garden hose or string or even experiment with a string line to create a circle . Do lots of drawings and pace around the space at various times of the day to know where your sun and shade will fall. You never know with all this mulling over ideas you may wake up in the middle of the night with the best ever garden plan. Happy Gardening, Kyleigh 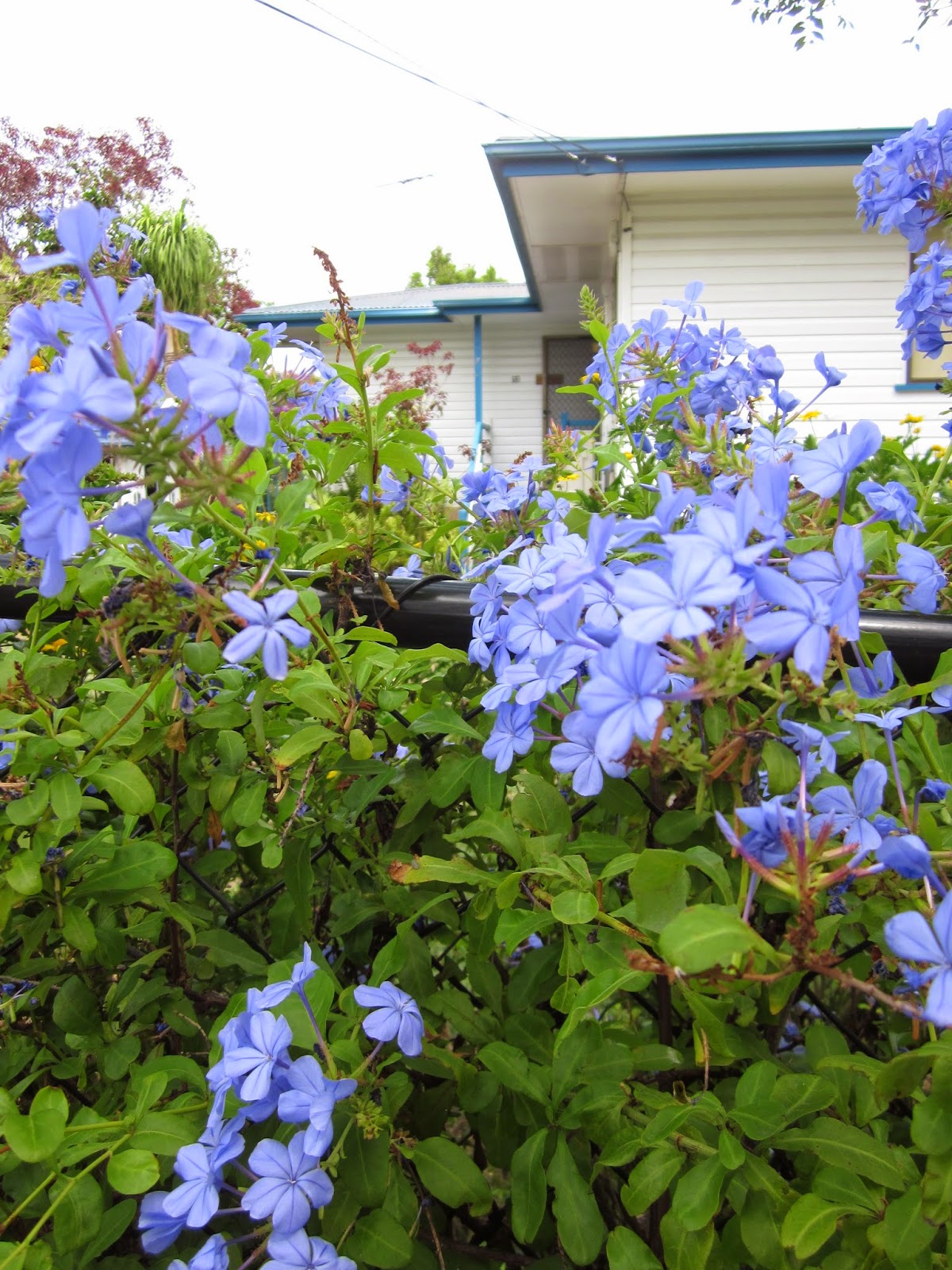 Posted by "The Shambles" Montville garden at 10:18 PM